It’s no surprise that the historic Massachusetts seaport’s history is checkered with violence and heinous crimes. Originally called Naumkeag, Salem means “peace.” However, as its historical legacy dictates, the city was anything but peaceful during the late seventeenth century. Did the reputed Boston Strangler, Albert DeSalvo, strike in Salem? Evidence supports the possibility of a copy-cat murder. From the recently pinpointed gallows where innocents were hanged for witchcraft to the murder house on Essex Street where Capt. Joseph White was bludgeoned to death and then stabbed thirteen times in the heart, Sam Baltrusis explores the ghost lore and the people behind the tragic events that turned the “Witch City” into a hot spot that has become synonymous with witches, rakes, and rogues.

Ghosts of Salem author Sam Baltrusis unleashed his latest book, Wicked Salem: Exploring Lingering Lore & Legends, at the historic Hawthorne Hotel on Saturday, May 11 from 2 to 3:30 p.m. Jack Kenna, featured on shows like Haunted Case Files and Paranormal Survivor, was also at the event to discuss an incident featured in Wicked Salem. 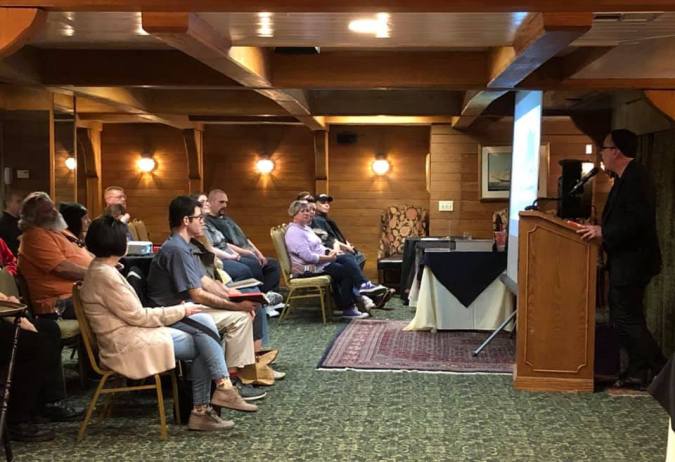